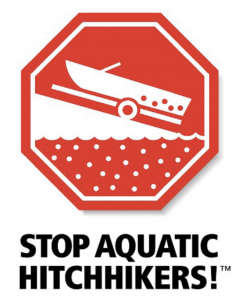 (Source: North Dakota Game & Fish Department) — North Dakota has seen an increase in aquatic nuisance species in the last decade, yet the state remains in pretty good shape with the low number of waterbodies with invasive species.

Even so, public awareness about ANS, including zebra mussels, and the actions that help prevent their spread, remains a priority of the North Dakota Game and Fish Department. All people who recreate on North Dakota waters, from anglers, waterfowl hunters, to pleasure boaters, play such a huge role in preventing the spread of ANS. And the way that they do this is by being informed.

Ben Holen, Game and Fish Department ANS coordinator said state, local and federal partners will join Game and Fish May 16-22 during Aquatic Nuisance Species Awareness Week in the continued educational effort of preventing the introduction and spread of ANS in North Dakota waters.

This Department’s ongoing, statewide ANS communications effort, which has been repeatedly bolstered over the years, continues and seems even more relevant today with the arrival of zebra mussels in some North Dakota waters.

Adult zebra mussels were first discovered in North Dakota in the Red River in 2015. In the last handful of years, these exotics, which cause major infrastructure problems and a variety of unwanted influences in natural underwater environments, have been discovered elsewhere in the state, Lake Ashtabula and Lake LaMoure included.

“Education is our number one priority at the Game and Fish Department because everybody plays a part and must be educated on the issue,” Holen said. “This is a citizens of North Dakota issue because aquatic nuisance species can affect citizens directly or indirectly in the state.”