The meeting focused on the state’s actions towards preventing and mitigating the threat posed by Aquatic Nuisance Species (ANS) along with issues related to lower lake levels.

“For those of us advocating on behalf of anglers and lake users, this was our opportunity to share our concerns and raise issues with the state,” said Fleck. “We appreciate Director Williams taking the time to visit with us. As we told him, we remain very concerned with ANS prevention and mitigation. We need the state to do more.” 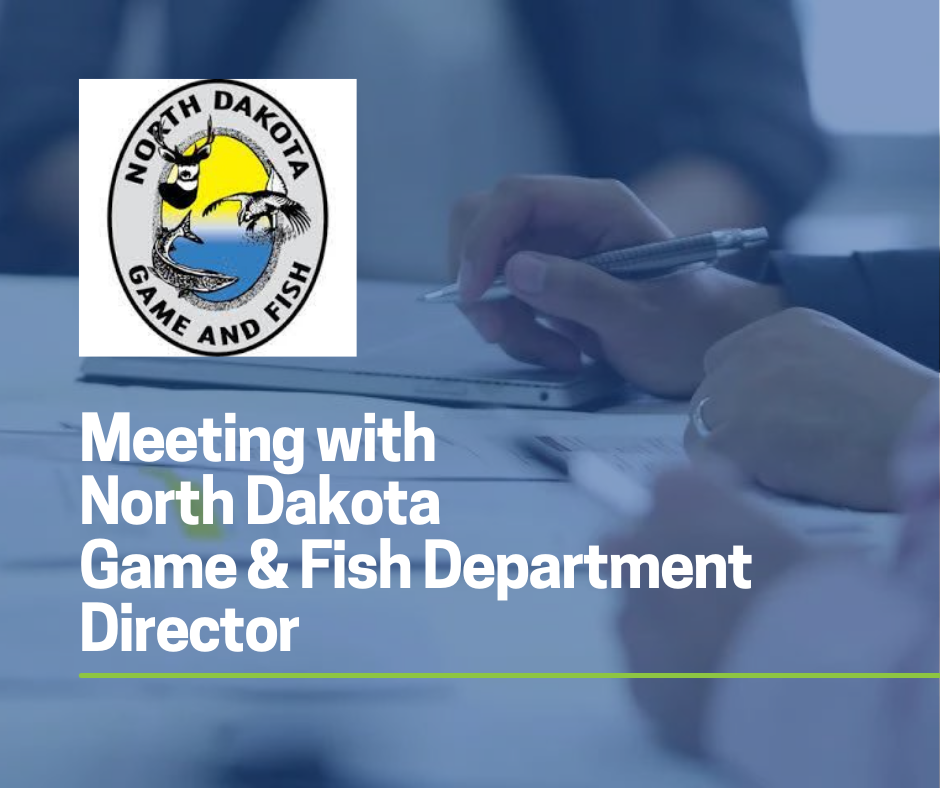 The meeting comes ten months after a zebra mussel infested pontoon was stopped from entering Lake Audubon near Coleharbor, ND. The inspection and decontamination by NDGF officials prevented the introduction of ANS into the lake, which would have easily been transferred into the waters of Lake Sakakawea.

“As I said back in June, we got lucky this time but luck is not a strategy and time is not on our side,” added Fleck. “North Dakota Game and Fish is doing what they can but the state needs to give the department more resources and staff. The Friends of Lake Sakakawea and the North Dakota Sportsfishing Congress have long felt state leaders are not taking the ANS threat seriously enough.”

In addition to ANS, the meeting also touched on boating access, which is being impacted by lower lake levels. Greg Power, North Dakota Game & Fish fisheries chief, anticipates both Lake Sakakawea and Lake Oahe will be five to ten feet lower than lake elevations in 2021.

“At these forecasted elevations, boating access at many, if not most of the boat ramps, will become problematic. The good news is that work was done during the previous droughts resulting in a network of low water ramps that may become functional this year if some issues, such as erosion and sedimentation, are first addressed,” notes Power.

According to Power, various agency staff from both NDGF and the U.S. Army Corps of Engineers will be convening later this month to firm up plans based on the very latest Corps runoff data and known funding levels.

Partnerships and Relationships Are Key

Fleck says the Friends of Lake Sakakawea are very plugged into these discussions.

“We have true partners in both Greg and Todd Lindquist (U.S. Army Corps of Engineers). They keep us informed, listen to us, and have always responsive to our inquiries,” says Fleck.

“Partnerships are key for us and that’s why we are working with the Sportsfishing Congress,” adds Fleck who notes that the threat of ANS and access issues necessitates the need for all groups advocating for North Dakota anglers, boaters, and sportsmen and women to work together, noting: “We need to speak with one voice and all be on the same page.”