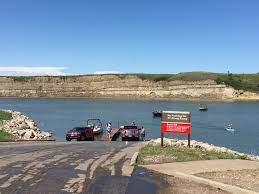 (Source: Associated Press) — Popular boat ramps on Lake Sakakawea should remain in operation until freeze-up despite the dry conditions, the U.S. Army Corps of Engineers says.

The lake is about 6 feet lower than it was at this time a year ago. The Corps says it should peak about 1,838 feet at the end of July before dropping to about 1,836 feet at the end of October. Even at that elevation all of the primary boat ramps on Lake Sakakawea should remain in service, officials say.

The reservoir would have to drop many feet below current levels before any of the lake’s primary boat ramps would become questionable for use, officials said.